Public Service at the heart of the Air Corsica's business

First air transportation service on the beautiful island, Air Corsica was created in 1989 by the Corsican Assembly to give the island control of its air transport. With a primary Public Service mission on the twelve existing routes between the four Corsican airports (Ajaccio, Bastia, Calvi and Figari) and Marseilles, Nice and Paris-Orly, Air Corsica is also dedicated to the continual widening of its network to offer islanders new horizons in the mainland and Mediterranean basin. 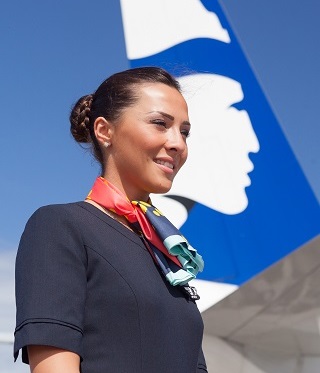 A company in constant development

Air Corsica is a Semi-Public Limited Company with a capital of €15 015 520 whose majority shareholder is the Corsican Regional Authority and whose governance is guaranteed by a Supervisory Board representing the shareholders and a Board of Directors responsible for ensuring the daily management of the company.

With a fleet of 11 aeroplanes (5 Airbus A320s with 180 seats and 6 ATR72-500s with 70 seats), 660 permanent employees, headquarters in Ajaccio, a secondary maintenance base in Bastia and three airport stopovers in Marseilles, Nice and Paris-Orly, the Air Corsica company currently serves 16 different airports with 30 annual seasonal routes that are primarily domestic, and also international such as Brussels Sud-Charleroi airport, Belgium. This represents about 1.6 million passengers transported every year.

Authorised PART145 in 1993, the company conducts its own maintenance on the aeroplanes with qualified staff, and has an ATO training centre for initial training and skills’ support for Air Corsica pilots and mechanics located at Bastia.

With close historical links to Air France, the two companies enjoy a close partnership mainly for serving routes between Corsica, and Paris-Orly and CDG.

An independent company with a strong identity

Since winter 2016, Air Corsica has been completely commercially autonomous thanks to their membership in the BSP (Billing Settlement Plan) and their website for online electronic ticket sales. Their main objective from now on is to position themselves, in a context of fierce competition from low-cost airlines, as an extremely reliable company with accessible rates but with free high quality service making all the difference. With a fundamental defining feature : to claim their Corsican identity loudly and clearly before everything else !